This indoor kids cross country ski activity is the perfect way to get kids interested in the winter games! 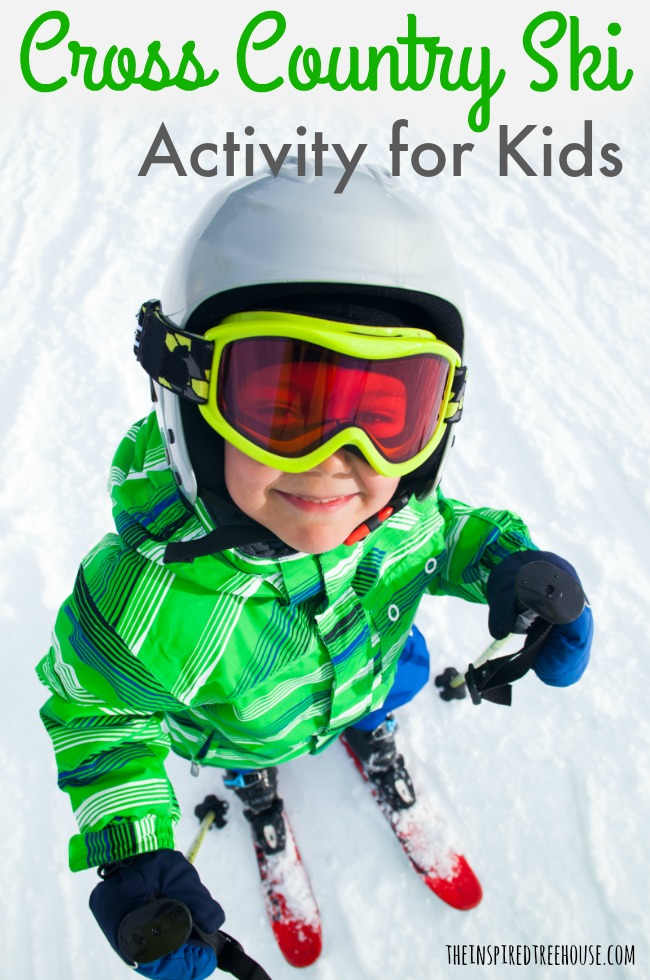 The other day, I was on the phone and as I was talking, I noticed that my 5-year-old was up to something.  He was making lots of trips to and from the garage and digging through my bin of yoga mats and exercise stuff.

A few minutes later, he was standing on the living room rug, buckled into his cross country skis and feverishly shaking an exercise resistance band in my direction.

-Paper plates or styrofoam trays (for skiing on carpet)

-Dishtowels (for skiing on hard floors)

Have the child position his feet on his “skis”.

Hold onto the handles of your resistance band (or the ends of your jump rope) and have your child hold onto the middle of the band, pulling away from you.  You can also just hold hands if a band or rope isn’t available.

In order to slide forward without falling, the child will have to bend his legs a little bit and lean backward with his arms straight out in front of him (think of the stance you would use on waterskis).

Practice this position for several minutes just standing still.  As he is more comfortable, try pulling him forward slowly across a rug or carpet (you’ll be facing him, walking backward).  He’ll be in olympic shape in no time!

How to Change it Up:

-If this is too much of a balance challenge, see if your child can ski forward on his own, simply sliding one foot and then the other along the floor, before trying with a rope or resistance band.

-Weave in and out of obstacles (stools, toys, couch cushions) as you move across the room.

-Make up your own living room Biathlon!  Pull your child from the starting line to another designated spot in the room and have him throw 5 snowballs at a target before getting back on his skis to move toward the next snowball throwing station! 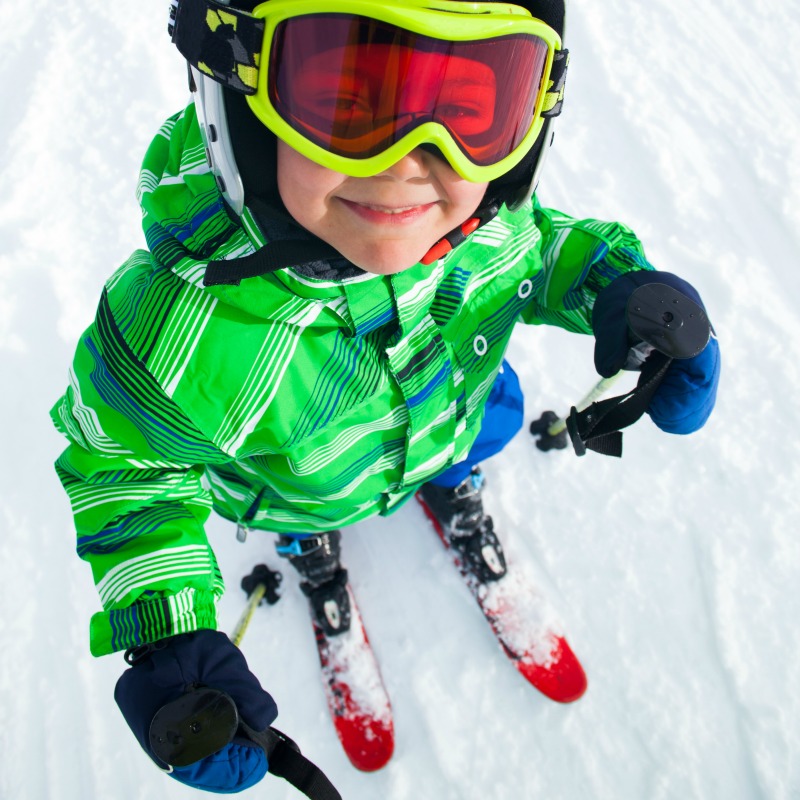