Want to learn more about how a put in task box can promote not only fine motor skills, but also attention, positive behavior, and engagement?  Read on! 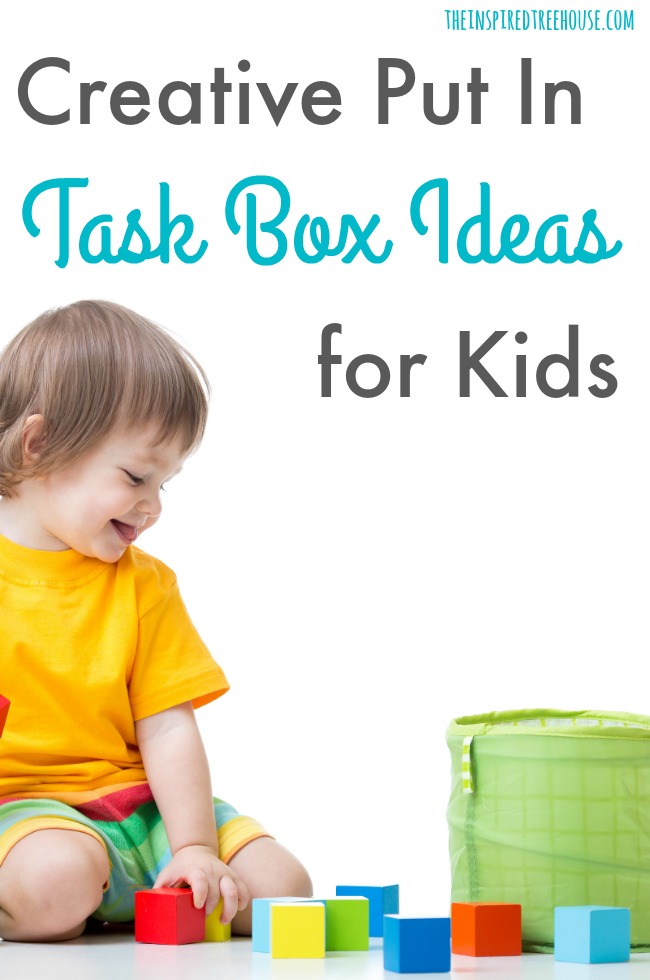 Want to know one of our best kept secrets (aka one of the most commonly used tools in our therapy practice and during our play groups at The Treehouse)?

Is it some magic sensory trick or a complicated method of addressing challenging behaviors?  Nope.  It’s much simpler than that.

In fact, it’s so simple that you won’t need anything other than an empty sour cream container and a handful of buttons to make it happen.

What the heck are we talking about?  Put in task boxes!

*Always provide close supervision while kids are using put in task boxes to prevent them from putting small objects into their mouths!

What is a put in task box?

Many (most?) special education teachers and therapists are familiar with this simple fine motor setup and there are several ways in which they can be used. 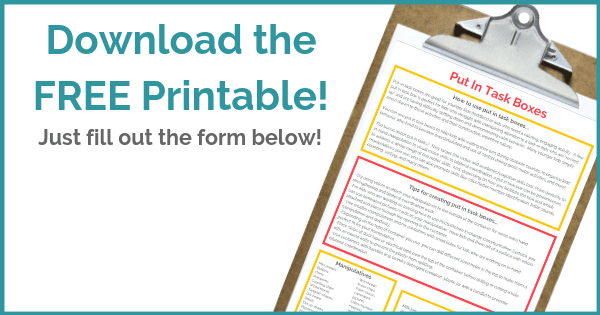 How can you use a put in task box?

Put-in task boxes are one of the first tools we go for when we’re working with younger kids (toddlers) or kids who need a calming, engaging activity.  A fine put in task box is perfect for kids who struggle with maintaining attention to a task or kids who are “revved up” and are having difficulty settling down and demonstrating calm behavior.

We talked a little bit about the calming effects of a repetitive fine motor task in our post about Reset Activities.

While put-in tasks are a great tool to use with the kids described above, we find that we use them with almost all of our kids at The Treehouse at one time or another, whether or not they’re struggling with attention and behavior.  So many of our younger kids simply seem drawn to these activities and their constructive, repetitive nature.

We use put in task boxes to help kids with waiting their turn during obstacle courses, to organize kids’ behavior who tend to become overstimulated and out of control during gross motor activities, and more!

The bonus about put in tasks?  They target fine motor and academic/cognitive skills too!  From dexterity to in-hand manipulation to visual motor skills to bilateral coordination, a put in task box can be powerhouses to address a whole range of fine motor skills.  And, depending on how you facilitate the task and which manipulatives you use, you can also promote skills like color/letter/number identification, letter sounds, counting, sorting, and many others.

What about kids who get “stuck”?

Sometimes, kids with more rigid behaviors have difficulty with spontaneous play and interaction.  For these kids, repetitive put in task boxes can often be limiting because they may have difficulty transitioning away from the task or tolerating any variation in the tasks.

Rather than scrapping this tool for kids with inflexible behaviors, we actually use them to our advantage.  One of the most common ways we do this is by taking a put in task box that is familiar and comfortable for the child and introducing a play partner (or more than one) into the task to challenge the child to tolerate other people in his or her space, playing with the same materials.  We might first start with an adult, and then gradually mix in the variable of other kids in the play scenario.

Other ways to change up a task box to push the limits for our more rigid kids would be to use the same familiar manipulative but put them into a different container, or the same container with a different manipulative.  You can also change positioning (prone, standing, quadruped, tall kneel, etc.) just to shake things up.

For kids who are extremely attached to an object or toy, introducing a put in task box format is a great way to expand on the child’s play and fine motor repertoire.  For example, if the child is fixated on toy cars or trains, allow those cars/trains to become your manipulative for a put in task.  This may draw the child’s attention to the task and promote playing and interacting with materials and toys in a different way. 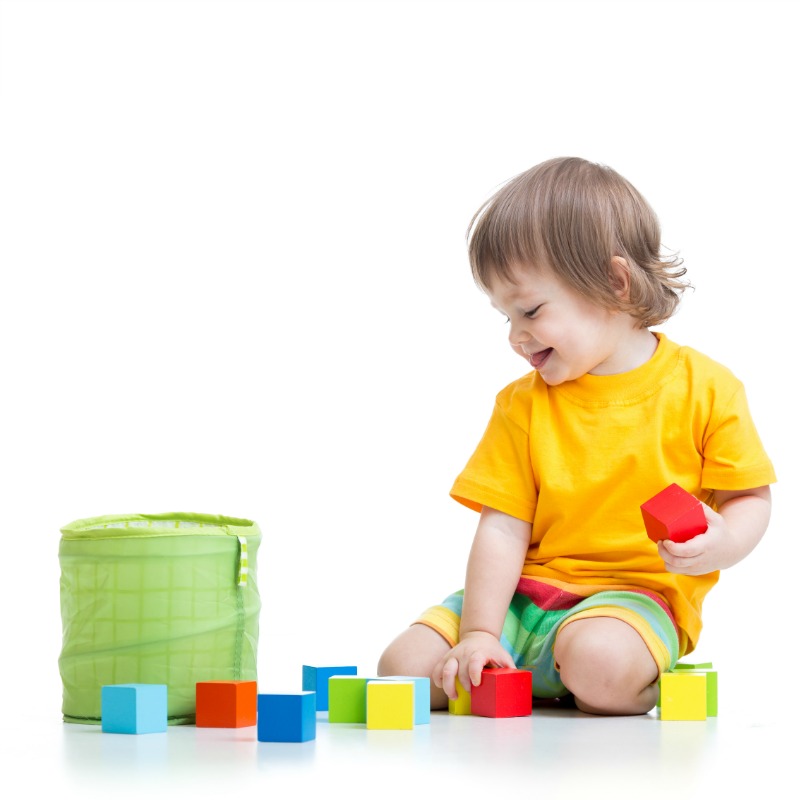 How to make your own put in task box…

The best thing about put in tasks (other than the fact that they often seem to magically bring a child who is spinning out of control into a state of zen :) is that they are typically FREE – or at least very cheap – to create.

-Try using velcro to attach your manipulatives to the outside of the container for some extra hand strengthening and bilateral coordination work.

-For kids who are working on learning how to use PECS (Picture Exchange Communication System), you can use laminated pictures/cards as your manipulative.  Have kids pull them off of a surface with velcro attached and place through the opening in the container.

-Use smaller manipulatives and/or containers with small holes for kids who are working on in-hand manipulation and dexterity.

-Depending on the type of container you use, you can drill different sized holes in the top to make them a perfect fit for your manipulative.

-Place strips of duct tape or electrical tape over the top of the container before drilling or cutting a hole with an exacto knife to prevent the plastic from splitting.

Here are some of our favorite materials/supplies to use for making put in tasks:

Clean, Empty Containers to Use for Put In Task Boxes

So what do you think?  Have you used put in task boxes in your classroom, home, or therapy practice?  If so, which ones are your favorites?

Is this idea new to you?  Does it seem like something that would be a fit for your kids?  Leave a comment below and let us know!