“Mom, I’m kind of over it,” said my 7-year-old when I asked him if he wanted to make something with his loom bands.  He threw in that pre pre-teen eye roll that he’s been practicing just for good measure. 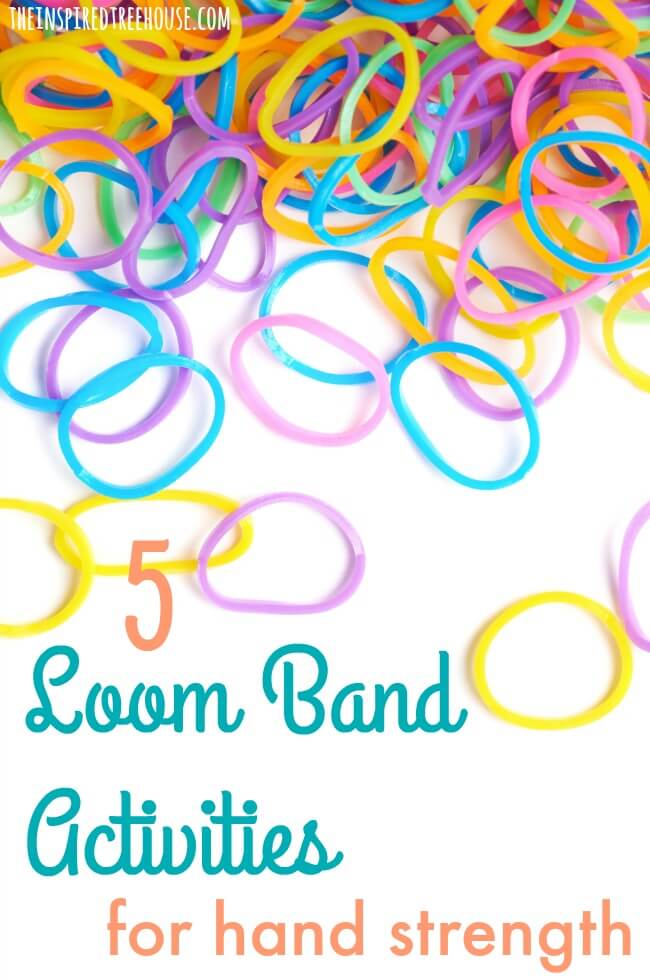 “Over it!?!  How can you be over the Rainbow Loom?  It’s the best thing in the history of the world!” I cried.  His blank stare told me that there was no convincing him (and maybe that I was exaggerating a little).  The Rainbow Loom was officially a thing of the past.

Friends, I’ll admit it.  I have a Rainbow Loom problem.  I can’t get enough of the thing.  I could Rainbow Loom it up all day long.  There have been many times that I’ve looked up from the awesome interactive fine motor fun I was having with my kid, only to find that I was Rainbow Looming…alone.  Like maybe for hours.

I wasn’t willing to let those bright, beautiful little bands of elastic wonder fall by the wayside.  No, no.  Not on my watch.  I was determined to find a way to make them new and exciting again.  I just had to.

We got out our stash of bands, along with a few other materials and suddenly, my dreams were coming true.  My kiddo, and his little brother were back on the loom band “band”wagon!  (see what I did there?)  Ladies and gentlemen…I give you…Loom Band Mania! 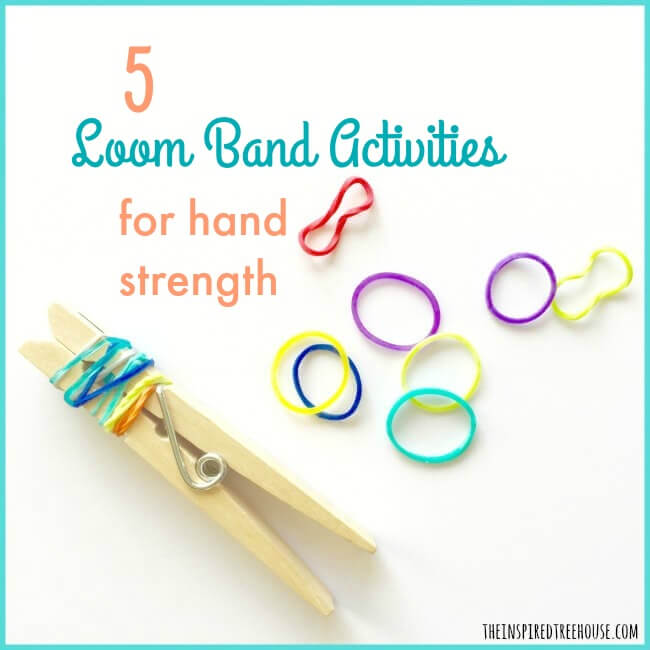 Put a small amount of glue on your finger or on a piece of scrap paper.  Lightly dip several loom bands in glue and place them on a piece of blank paper or cardstock.  Let them dry.

Let kids loose with markers and pens to turn the loom bands into their own 3D masterpieces!

Create colorful patterns by wrapping alternating colored loom bands around a popsicle stick.  Make them into bookmarks for your friends!

Wrap several loom bands around the pencil, near the tip.  It’s great fine motor work just to get the loom bands on the pencil and then you have a great squishy pencil grip to use too!

Pick out 3-4 smaller loom bands and carefully place them in an intersecting pattern around the marble.  Cut one of the big sides off of your box and tape the sides so you have a little “tray”.  Cut a hole in the center of the bottom of the box.

So what do you think?  Isn’t Loom Band Mania an awesome way to put those leftover loom bands to good use?  What was your favorite?  We’d love to hear from you in the comments below!

Which one did you find yourself doing alone with a glass of wine after the kids went to bed?  Uh, ok.  Maybe that’s just me.  I told you…I have a problem.

Be sure to grab your copy of The Hand Strengthening Handbook!  More than 100 fun and engaging hand strengthening activities for kids!