This fun movement activity for older kids is a great way to introduce the concepts of distance and angle. 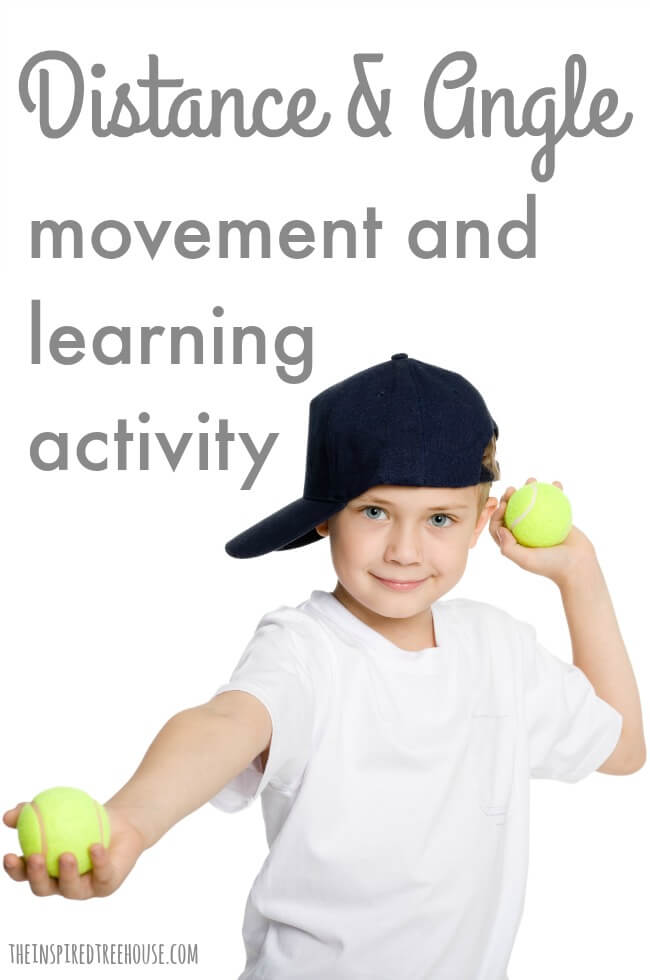 We’re so excited to be sharing an activity today from education.com!  This activity is geared toward 5th through 8th graders and is an awesome way to get kids up and moving while also honing in on physics concepts.  Perfect for a push-in therapy activity where you’re able to target academic skills and ball skills at the same time!

Objective: To find the angle that allows a thrown ball to travel the furthest.

Purpose: To attempt to throw a ball the greatest horizontal distance possible by using different angles.

-How does the force of gravity affect the distance a ball can travel?

-What is the force of gravity?

-What technologies make use of the relationship between angle above the horizon and distance?

It seems that the best way to throw a ball is to throw it straight out and as hard as possible. After all, throwing it straight in the direction you want it to travel will give the ball the maximum amount of momentum in that direction.

Gravity, however, affects the trajectory of a thrown object. Compensating for the force of gravity is one way to help a thrown object travel further. This can be achieved by throwing the ball at an angle above the horizon in the direction you want it to travel.

But this angle must be carefully selected as ball that is thrown too high off the ground will not travel its maximum distance. Knowing how high to throw a ball to maximize its horizontal distance is important in order to learn about how maximize how far it can travel.

-A small ball, such as a baseball or a softball

-A small weight, such as a washer or fishing weight 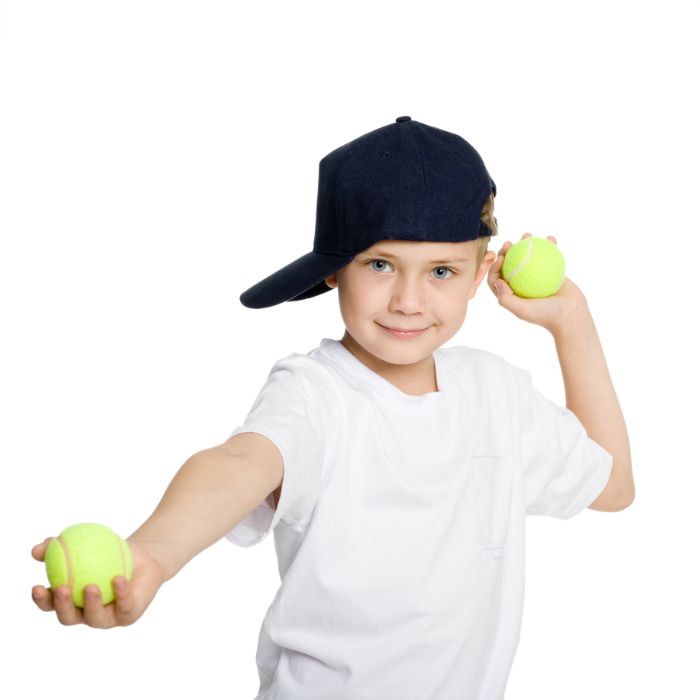 1 || You will use a modified protractor to measure the angle of the ball as it is thrown. Start by taping the straw to the flat part of the protractor.

4 || Tie the weight to the other end of the string.

5 || Make sure that if you hold the protractor so that the flat edge is up and parallel to the ground, the weight pulls the string to 90 degrees.

6 || Have a friend hold the protractor so that when they look through the straw and lift it off the horizon the string moves towards the numbers higher than the 90 degree mark.

8 || Begin by throwing the ball as far as you can as close to horizontal as you can.

9 || Have the friend with the protractor watch the ball through the straw, catching the string with his or her finger when the ball is at its highest off the ground.

10 || Subtract 90 from the degree marked with the string on the protractor.

12 ||Have another friend measure the distance that the ball travelled, using a tape measure.

13 || Record this information on the chart.

14 || Repeat steps 8-13 two more times. Try to throw the ball at the same strength as you did in the earlier trials.

15 || Throw the ball so that it rises about 10 degrees above parallel from the ground.

Looking for other awesome resources related to teaching kids about angles? Check out this page from education.com!